We are a cooperative of designers, writers, photographers, programmers, and creatives alike. Our common bond is embracing curiosity and loving to create.

We have creatives on 3 different continents and in 6 countries, but our homebases are LA and NY. For more info check us out at onelonghouse.com and never hesitate to just drop us a line, who doesn't love mail? 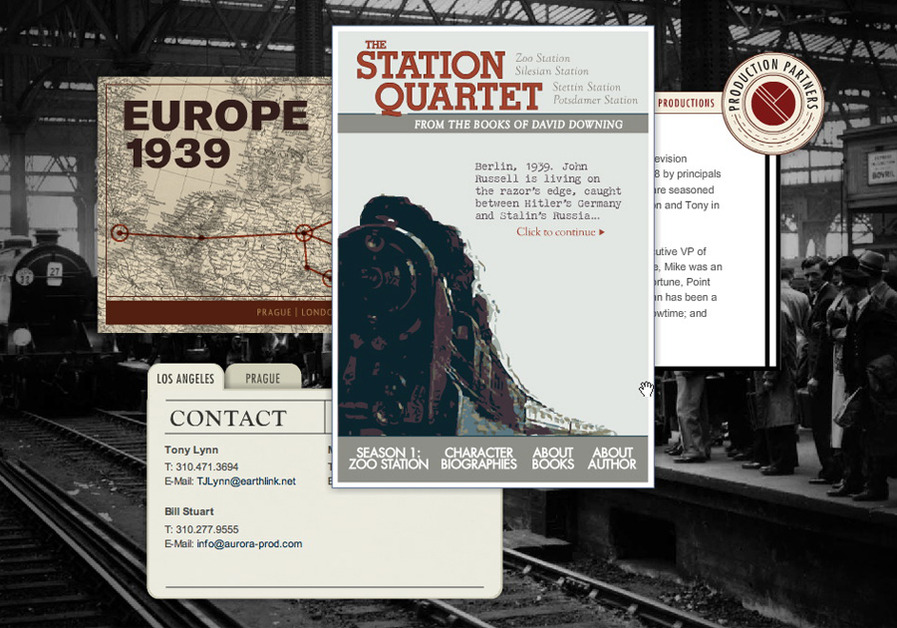 Screenshot of a site done for a series of books to be made into a movie, Station Quartet. LIVE SITE: http://stationquartet.com/ password:berlin

"Berlin, 1939. John Russell is living on the razor’s edge, caught between Hitler’s Germany and Stalin’s Russia. With the clouds of a European war fast approaching, this American journalist turned triple-agent is struggling to stay… David Downing’s series of novels is now on its way to becoming a television miniseries."

The site’s primary focus was to tease readers and future viewers while illustrating the zeitgeist of pre-war Germany. Instead of “pages” we designed individual, interactive “cards.” Each card contained specific information and can be shifted around to allow the user to sift through the content as one would pages on a desk.

Like what you see? Get in touch with One Long House, Web Design from Los Angeles