NADA advertising is creating some of the most innovative websites out there. Each and every day, we strive to learn the newest tricks, latest code and the best way to convey our client’s message to their audience – all while making the user experience enjoyable and simple. No project scope is out of our reach. So from small marketing websites to database driven, content rich sites with CMS and ecommerce shopping carts, NADA’s team of designers, writers and programmers look forward to taking on the challenge and giving your company and your customers the perfect site. 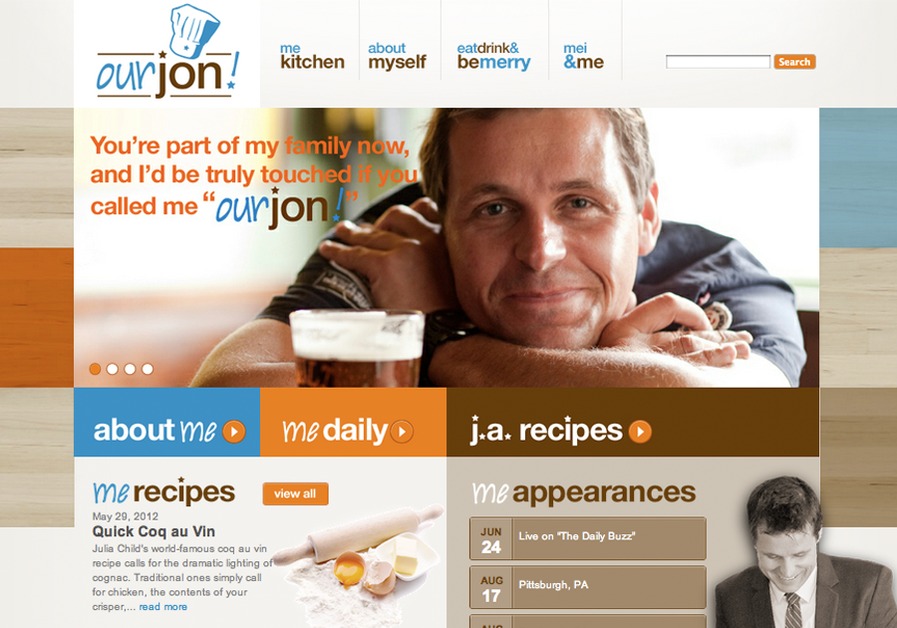 Through his work as Contributing Editor of Parade (65 MM weekly readers) and Dash (36 MM monthly readers) magazines, Jon Ashton can be seen on ABC, NBC, CBS and FOX affiliates across the nation as he travels on media tours and presentations for the Dash Around the Table Cook Show Tour. The two-hour multi-city event combines cooking demonstrations with audience interaction.

A dad to Victoria Mei, Jon loves working with kids and is committed to making mealtimes across America matter again. He is a graduate of St. Helens College in Great Britain and began his culinary career in several notable English restaurants, including the Derby Lodge Hotel and The Kirkfield Hotel in Newton Le-Willows. After moving to the United States to follow his childhood dream, Jon launched into the business with a passion for sharing his craft and making good food accessible. He has appeared frequently on The Today Show and The Tonight Show. Many of America’s most trusted brands have put their products in Jon’s hands including: Walt Disney, J.M. Smucker Company, Procter & Gamble, ConAgra and many more. He is currently the food correspondent for the nationally syndicated morning show, The Daily Buzz, which broadcasts to more than 160 stations.

Like what you see? Get in touch with NADA advertising, Web Design from Minneapolis