Our team consists of different level developers and designers who are user experience experts that make sure every digital experience caters to your requirements and expectations. 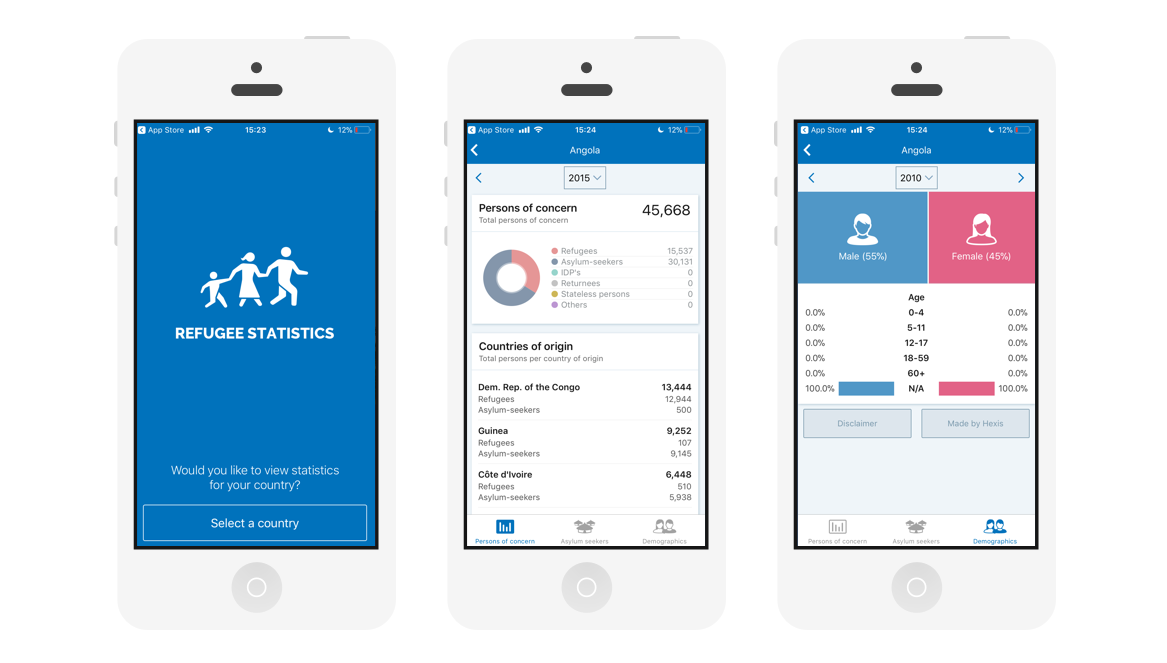 The image of numbers.

Considering the increasing number of refugees in the world, Hexis decided to give their contribution to raising awareness about this problem. Using our own resources, we self-initiated the creation of this app. We hope that, next to the existing MyUNHCR web application, our data processing and visualization will play a part in resolving the refugee crisis.

We launched PopStats on World Refugee Day - June 20. The name is short for Population Statistics and this mobile application has a worthy mission - to visualize refugee situation based on the annual data, according to country, number of refugees, their gender and age. This app is connected with our previous project for UNHCR and uses their database for visualizations. Besides refugees, it takes into account asylum-seekers and internally displaced persons.

While designing this app, our priority was to make it easy to use and intuitive. The data is entirely visual and understandable regardless of the language user speaks. Statistics such as number of refugees per country or number of asylum-seekers and their status are presented quickly and with clarity. Also, besides current information, depending on the country, the data goes back to 1950 and can be viewed for each year since then. Mobile app is available for both Android and iOS.

Like what you see? Get in touch with Hexis, Web Design from Rijeka