Mike McCann has more than a dozen years experience planning, executing and managing numerous creative multimedia properties across several verticals, with a special affinity for content that originates in the entertainment industry . He has honed his product and project management skills working on new business launches, rebranding exercises, monetization rollouts and countless marketing initiatives both online and in the wireless space. His time at AOL Canada and Yahoo! Canada were marked by tremendous growth in traffic and revenue increases (both user- and advertiser-generated), and the development of a clear vision that only comes with an intimate understanding of a product and its target audience. His achievements as the first North American hire for Paris-based mobile entertainment pioneers Musiwave helped draw the attention of Microsoft, who acquired the company in 2007. He’s as comfortable creating use cases and product roadmaps or performing the most rigorous QA and testing with internal teams as he is making boardroom pitches to clients, executing interactive advertising campaigns and managing ongoing outward-facing relationships.

Among Mike’s key accomplishments are the launch of the TELUS Mobility Music Store, which quickly established itself as the #2 digital music service in Canada behind only iTunes (a position it still holds almost four years later); the creation and management of consumer websites for Warner Bros. Pictures Canada and Sony Pictures Canada; the planning and/or end-to-end ownership of more than a dozen Yahoo! Canada properties including News, Music, Movies, Sports, Fantasy Sports, Travel, Weather and Games; the conception and execution of a Yahoo! national online song contest for unsigned musicians that leveraged the webcasting technologies of the recently-acquired Broadcast.com; the design and management of a joint venture website between Yahoo! Canada and CBC Sports Online promoting the 2000 Summer Olympics in Sydney; the integration of e-commerce partners such as Chapters.ca, SamTheRecordMan.com and CanadianTire.ca into AOL Canada’s Lifestyle and Entertainment channels; the management of all merchandising and marketing for Sony Music Box, one of the world’s most successful mobile entertainment applications (both web-based and on-deck with prominent American wireless carrier networks like Verizon, Cingular/AT&T and Blackberry).

Mike welcomes the challenge that comes with crafting winning strategies, and collaborating with all business units – particularly Business Development, Engineering, Operations and Marketing – to achieve success. His strong communication skills, attention to detail, ability to acquire and apply new knowledge rapidly, usability training and competitive analysis experience allow him to build best-in-breed consumer products, services or campaigns, and to get them right the first time. 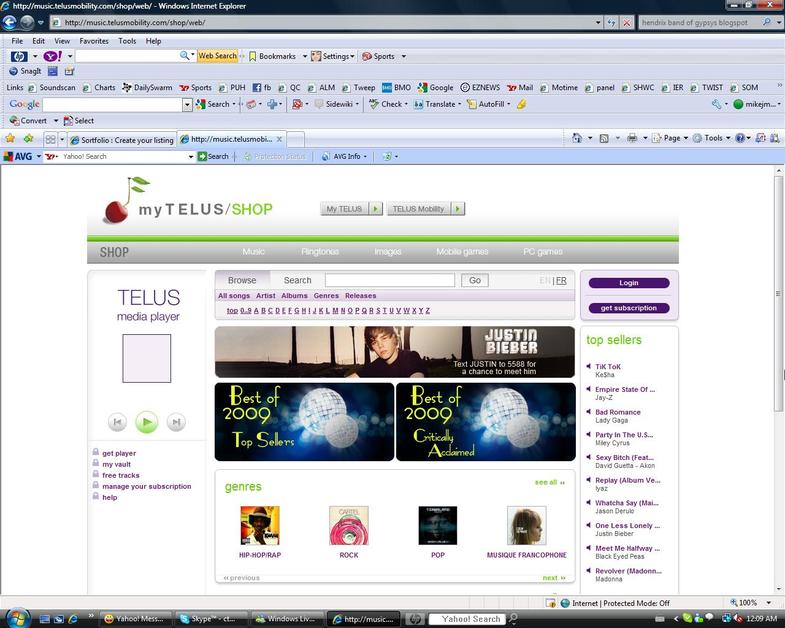 Like what you see? Get in touch with Mike McCann, Web Design from Toronto