Jason is to creative, what wet is to water. His passion for creative and design has been a part of who he is almost from birth. His mother said, "Jason was born with a pencil in his hand...he was always drawing." That pencil was replaced with a mouse at Grand Valley State University where he graduated with a Bachelor of Fine Arts with an emphasis in graphic design. He has worked as a graphic designer, illustrator, art director, interactive designer and creative director at design firms as well as advertising agencies for a variety of clients such as: GM, BestBuy, Phillips, P&G, Kellogg, Stryker, DePuy (Johnson & Johnson), Treetops Resort, Willow Creek, and Jack Nicklaus to name a few. Jason has won numerous design awards and has had his work featured in prominent web design galleries, such as WebCreme, The Best Designs and CSS Remix, as well as in HOW Design magazine.

He loves the creative process and claims that his best creation so far are his four daughters, although he acknowledges he can only take partial credit. Also he likes cashews and speaking in the third person. 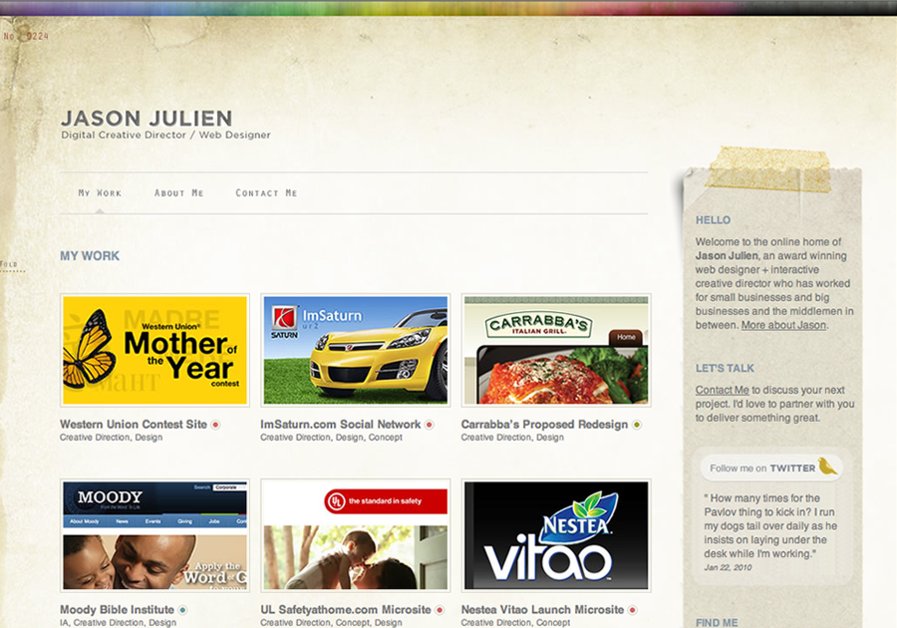 Jason Julien is an award winning web designer + interactive creative director who has worked for small businesses and big businesses and the middlemen in between.

Like what you see? Get in touch with Jason Julien, Web Design from Kalamazoo