Working in New York City for the past six years, Anna is a multidisciplinary designer who has worked in web, mobile, print, motion and environmental design. Her knowledge in various mediums allows her to push the boundaries from concept to design, providing a unique art direction to every project.

A Bulgaria native, Anna has only called New York City home since 2003. Previous to that, she worked in St. Louis as a multimedia designer for boutique studio. She finds her inspiration walking down the streets of her two homes, New York and Bulgaria. Her design style is deeply influenced by the tension of color, texture, and space between these two cultures.

As a designer, Anna has a Zen-master balance of project organization and attention to detail. Don't be fooled by her sweet demeanor. She knows what she wants and isn't afraid to go after it. 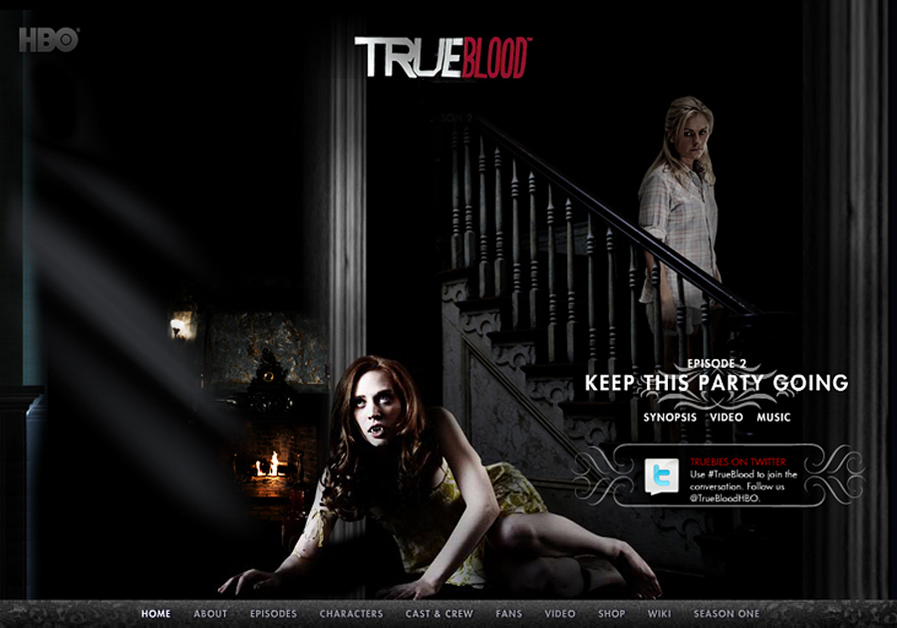 This is a screenshot from the official HBO True Blood website.

Like what you see? Get in touch with ANNAK, Web Design from New York